your cart is empty 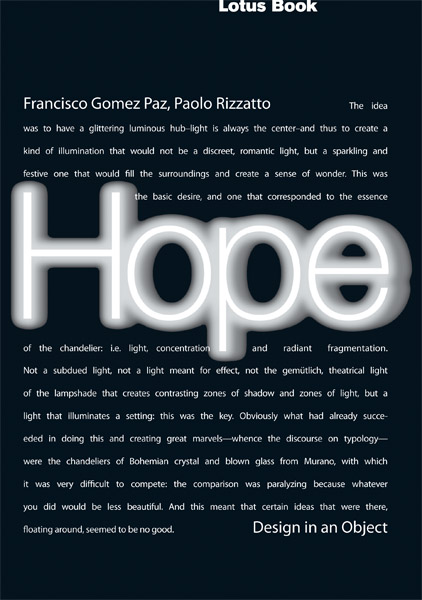 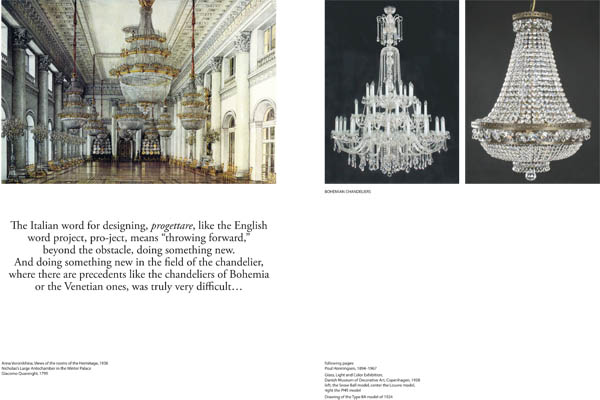 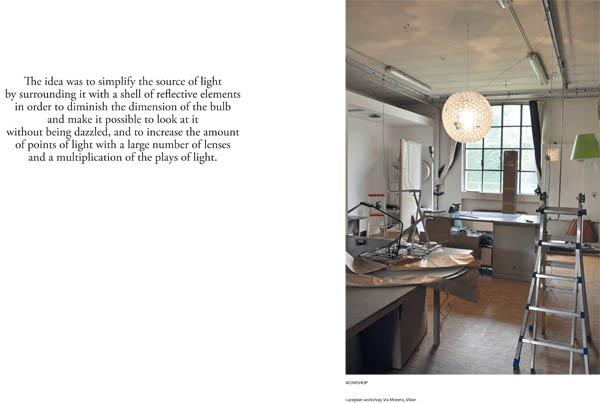 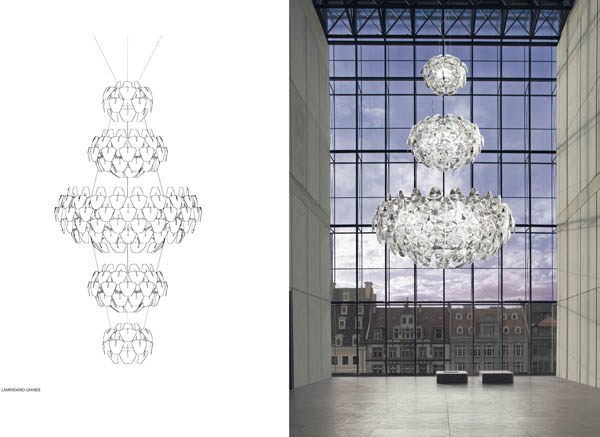 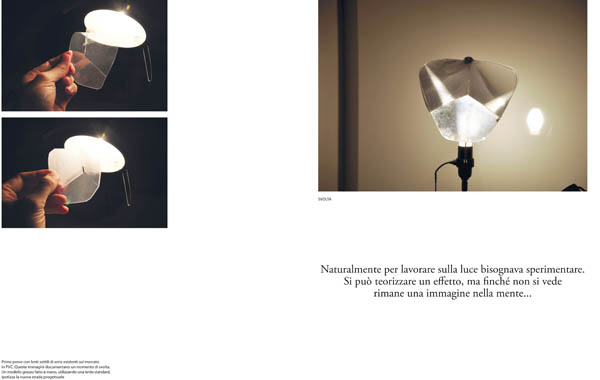 The idea was to have a glittering luminous hub–light is always the center–and thus to create a kind of illumination that would not be a discreet, romantic light, but a sparkling, festive and splendid one that would determine the atmosphere of a setting. This was the basic desire, and one that corresponded to the essence of the chandelier: i.e. light, glitter and concentration. Not a subdued light, not a light meant for effect, not the gemütlich, theatrical light of the lampshade that creates contrasting zones of shadow and zones of light, but a light that illuminates, that illuminates a setting: this was the key. Obviously what had already succeeded in doing this and creating great marvels–whence the discourse on typology–was the famous Bohemian chandelier, with which it was very difficult to compete: the comparison was paralyzing because whatever you did would be less beautiful. And this, even unconsciously, meant that certain ideas that were there, floating around, seemed to be no good.

The Birth of an Idea